This article also features in The Report: Gabon 2016. Read more about this report and view purchase options in our online store.

Economy
From The Report: Gabon 2016
View in Online Reader

The economy of Gabon has been driven in large part by its abundant wealth of natural resources, which have allowed it to support one of the highest per capita GDPs on the continent. However, the country’s economy reached a critical juncture in 2016, with the decrease in the international price of oil since mid-2014 having both highlighted the need for and increased the urgency of plans to diversify the hydrocarbons-dependent economy, while simultaneously reducing the availability of government financing to achieve this transformation. Economic diversification efforts are set to bear increasingly fruitful yields in the coming years – though persistent low oil prices would limit the availability of investment in such efforts and attendant infrastructure improvements, potentially slowing the pace – with several major agribusiness projects coming on-stream.

The economy of Gabon has been driven in large part by its abundant wealth of natural resources, which have allowed it to support one of the highest per capita GDPs on the continent. However, the country’s economy has reached a critical juncture in 2016, with the decrease in the international price of oil since mid-2014 having both highlighted the need for and increased the urgency of plans to diversify the hydrocarbons-dependent economy, while simultaneously reducing the availability of government…

Interview:Régis Immongault What has been the economic impact of the drop in oil prices in Gabon? REGIS IMMONGAULT: Similarly to other oil-producing countries, the drop in oil prices has affected both government finances and the activities of the oil and oil-related sectors. Growth is estimated at 3.9% in 2015, down 0.9 percentage points compared to our initial estimates. In this context, we have seen growth spurts from sectors such as agriculture with growth of 9.2%, logging with 5.3%, crude…

As part of its economic diversification strategy, Gabon is developing three new special economic zones (SEZs), offering companies a range of investment incentives, each of which is to be dedicated to the development of different industrial sectors. Up & Running The first zone to have been launched is the Nkok SEZ, work on which began in 2010, and it began exporting goods in 2015. The zone is located around 30 km from Libreville, with direct road and rail connections to the Port of Owendo, as…

Against a backdrop of falling oil revenue, and despite sharp cuts in spending, and investment spending in particular, public finances slid into the red in 2015 with the country experiencing its first deficit in 17 years. However, both revenues and outlays are expected to recover slightly in 2016, and the authorities are seeking new ways to increase non-oil revenues and working with international backers to improve the management of state finances over the longer term. Going Into The Red According…

Interview:Madeleine Berre How do special economic zones (SEZs) help support economic growth? MADELEINE BERRE: The main impact associated with SEZs is the diversification and development of a country’s offerings and products for export. In the forestry sector, which is now supported by the creation of a SEZ at Nkok, primary and secondary transformation generate real added value compared to the export of raw logs. For example, in 2013 Gabon processed a total of 671,000 cu metres of wood…

Following a sharp drop since mid-2014 in the international price of oil, which is by far Gabon’s biggest source of export and fiscal revenues, the country is in the midst of a significant oil price shock. However, the government is better placed to avoid a pro-cyclical response than in previous oil crises, and the financial sector appears to have in large part recovered from the initial shock of the price fall. Furthermore, efforts to reduce the country’s reliance on the commodity were already…

Interview:Nina Abouna What are the main challenges facing foreign investors in Gabon in 2016? NINA ABOUNA: The major challenges facing investors are essentially linked to the economic climate facing the country today. The strong budgetary pressures brought about by the drop in oil prices had a perceptible impact on the private sector, most notably, through a decrease in investment. Macroeconomic conditions make it difficult to envisage a short-term recovery of trust by local entrepreneurs…

Interview:Jean-Bernard Boumah What reforms can contribute to the development of small and medium-sized enterprises (SMEs)? JEAN-BERNARD BOUMAH: The “pact to maintain growth and preserve employment during a period of oil crisis”, signed in March 2016 between the government and the CPG, is a resolution taken to increase the effectiveness of mechanisms for the promotion of SMEs and very small entities. We will support them in their development by identifying all SMEs and creating a directory…

With a new urgency in the wake of falling oil prices, Gabon is in the midst of a significant overhaul of its transport infrastructure, rolling out a series of new projects to accelerate diversification efforts. Several of the investments – which include a new port and road upgrades – are scheduled for completion by the end of 2016. When finished, they should help reduce the country’s high transport and handling costs in targeted sectors, including mining and agriculture. Port Prerogatives At…

Interview:Abdellah Abbad How can Morocco strengthen its role in sub-Saharan Africa and support integration efforts? ABDELLAH ABBAD: The volume of trade between the kingdom of Morocco and the rest of Africa increased by an average of 13% per year between 2003 and 2013, and by 12% when we look at the sub-Saharan region. Despite this progress, the economic potential of our relationship with the continent remains underexploited. In efforts to increase our regional competitiveness, there remain… 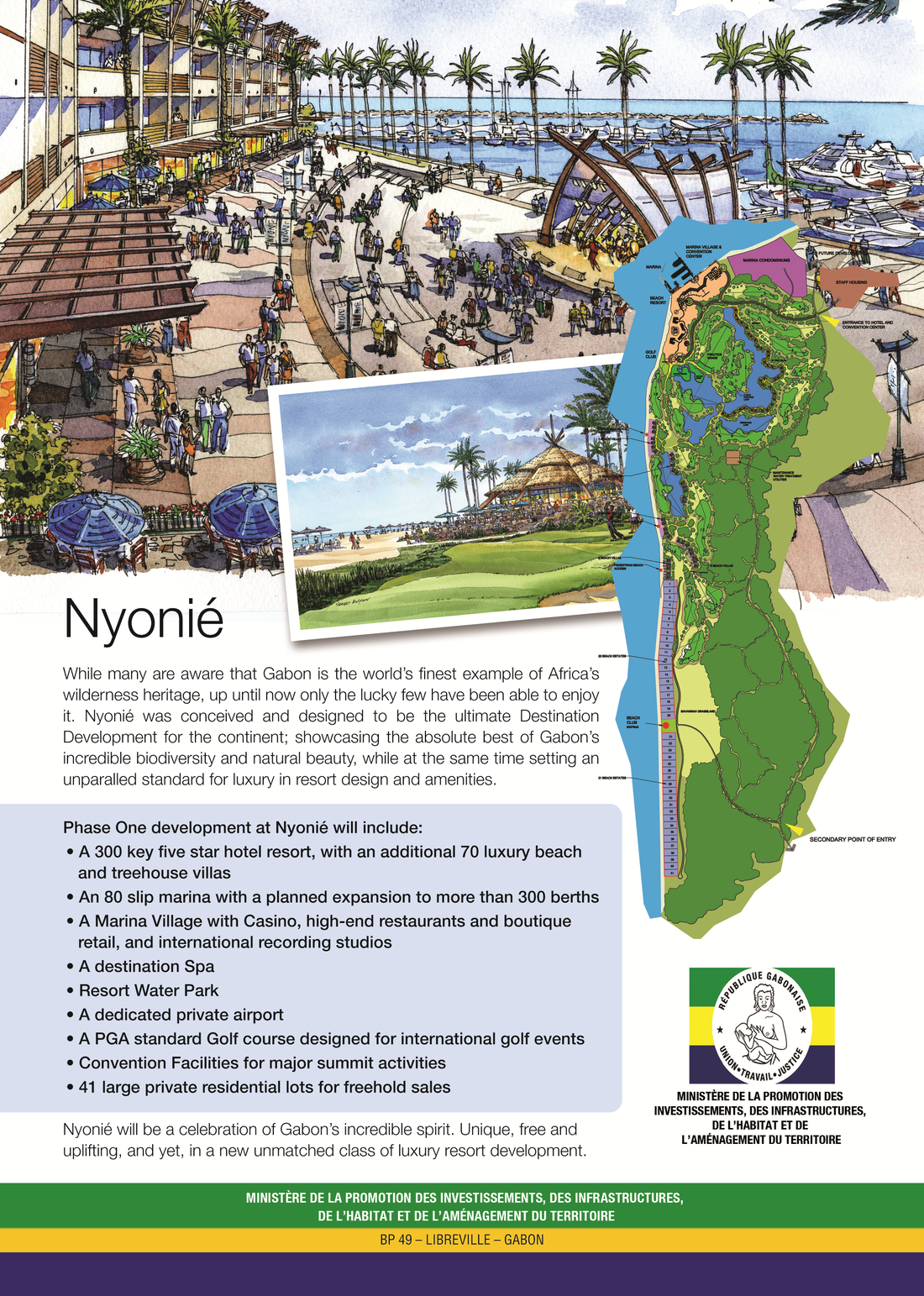