This article also features in Thailand sharpens focus on alternative energy. Read more about this report and view purchase options in our online store.

On the back of improved technology and lower costs, the government in Thailand could soon boost the renewable energy segment further by revising upwards the long-term target for its contribution to the electricity generation mix.

In early March, during cabinet discussions on energy requirements and long-term supply targets, Prime Minister Prayut Chan-o-cha proposed raising the target contribution from renewables to 40% – a significant increase on the 33% set out in the Power Development Plan 2015-36 (PDP2015), the country’s blueprint for developing its electricity segment over the next two decades.

This objective could be feasible due to reductions in production and installation costs and increased generational efficiencies, which will make investing in new photovoltaic (PV) capacity more appealing, according to Poyry, an energy consultancy and engineering firm.

In a report issued in late March, Poyry said Thailand will achieve “grid parity” – the point at which production costs for solar energy fall to the same level as those for conventional sources feeding the grid – by the mid-2020s. 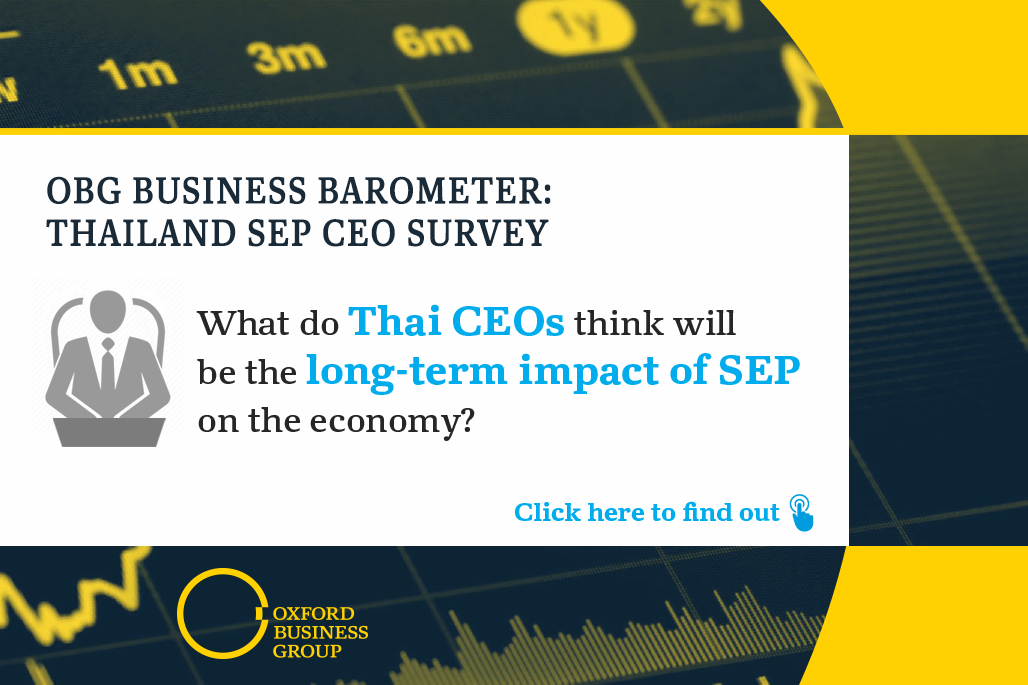 This parity, which does not factor in existing subsidies and will apply to customers across the industrial, retail and consumer segments, will make PV more appealing, the study concluded, “potentially leading to a drastic increase in solar deployment”.

An improved bottom line for the solar energy sector, combined with a rise in private sector demand, could prompt an overhaul of Thailand’s energy roadmap, with a greater emphasis placed on renewable energy.

Under the plan, the government aims to have 33% (19,634 MW) of this capacity provided through renewable generation sources, in line with its bid to drive cleaner and better power generation. However, officials have now indicated that this percentage could be increased.

Speaking at a sustainable energy technology fair on March 8, Areepong Bhoocha-oom, the chairman of the Electricity Generating Authority of Thailand (EGAT) and permanent secretary at the Energy Ministry, said that with building costs down, it made sense to revisit the PDP2015.

“We have met half the renewable power target within only two years and if the government wants us to increase the proportion of renewable energy it will not be that hard,” Areepong said.

This case for revisiting Thailand’s power development plan is supported by technological advances in the segment which, he added, were reducing the costs associated with renewable energy.

Any realigning of PDP2015 in favour of renewables will increase investment opportunities for private sector companies, while encouraging economies of scale, lowering costs and raising returns. This could boost the prospects for service providers up and down the sector’s development and operational chain.

“Energy and utilities, in particular, lend themselves well to using business models to enhance supply, especially given that they are critical infrastructures for manufacturers and other investors,” Areepong told OBG.

Development of the electricity sector, he added, remained closely linked to that of the broader economy, with higher demand for power fuelled by economic growth, investments and forward planning, based on extended estimates of requirements.

“Long-term projections in 20-year cycles are necessary in the power generation sector because investments in expanding capacity take time to actualise,” he said.

Shifts in demand and improvements in technology and costs will, however, likely see further revisions to PDP2015 over its lifetime, as Thailand continues to adapt its utilities provision to meet the country’s economic needs.

It is not only solar PV that is generating more heat among investors; progress in developing technology and improvements in processes are making other renewable energy sources increasingly attractive to investors, according to Cherdsak Wattanavijitkul, president of renewables firm TPC Power Holding, which operates four biomass plants with another two set to come online through the Provincial Electricity Authority’s very-small-power-producer scheme.

“While biomass has traditionally been an investment-heavy alternative energy source, requiring up to BT70m-80m ($2m-2.3m) in investment for every 1 MW generated, as technological advancements are made and processes are streamlined, greater generation is possible at the same level of investment,” he told OBG.

Cherdsak also highlighted the speed with which power producers have been responding to the government’s drive to develop alternative energy sources.

“Solar power has been the fastest to develop in Thailand due to relatively high government tariff incentives when compared to those for wind, waste and biomass,” he said. “However, revisions to feed-in tariff rates point to biomass as the upcoming energy source being targeted for development.”

Biomass has been identified as a key source of energy under PDP2015, set to account for 5570 MW of generation capacity – well over a quarter of the total renewables target for 2036 and second only to the 6000 MW planned for solar.

Any revision of PDP2015 could raise the share of biomass and solar PV further as input from Thailand’s renewables expands, providing greater opportunities for investors as well as technology and service providers.

Report: How the pandemic is reshaping ASEAN construction demands

Construction – and infrastructure development in particular – is expected to be a key driver of economic growth across ASEAN from 2021. The bloc, home to some of the world’s fastest-growing economies and lowest unemployment rates, faced the novel coronavirus after years of health care infrastructure improvements, with much of the group reporting Covid-19 case-fatality rates below the global mean in 2020.

To address one of the highest rates of per capita energy consumption globally, the government of Kuwait is taking a multi-pronged approach involving the reduction of subsidies following the rollout of incentives for green energy solutions and national energy efficiency initiatives in 2016-17. Emir Sheikh Sabah Al Ahmed Al Jaber Al Sabah first announced a target in 2012 to increase domestic energy production from renewable sources to 15% of the total by 2030, at which time overall demand was proj…