This article also features in Reforms fuel manufacturing ambitions in Egypt. Read more about this report and view purchase options in our online store.

Several major multinational manufacturers have announced plans to expand production in Egypt and use the country as a regional manufacturing base on the back of an improving macroeconomic outlook.

In April international media reported that US confectioner Mars was to invest LE750m ($41.9m) over the following 18 months to boost exports from 50-60% of its production in Egypt to 80%.

The company most recently expanded its facilities in mid-2013, when it invested LE580m ($82.7m at the time) in a new production site in Cairo.

Mars is not the only company looking to expand in the Arab world’s most populous country.

Ashraf Bakry, managing director of Unilever Egypt, told media in April that the float of the pound had “unlocked the decision-making process” and catalysed Unilever’s plans to double its assets in Egypt and turn the country into a regional export centre.

Later in July Ayman Khattab, president and CEO of GE North-east Africa, shared similar sentiments. “We see large competitive potential in the Egyptian market, and we plan to turn Egypt into a hub to manufacture our products over the upcoming period,” Khattab told local media. “Egypt is a large consumer market that needs businesses and expansions in all economic sectors, including health, energy and electricity.”

Much of this optimism stems from improvements in the macro and business environments that are enhancing Egypt’s traditional competitive advantages, including its large domestic market, skilled workforce, low costs and strategic location.

Furthermore, the positive outlook is not just unique to multinationals. OBG’s Business Barometer: Egypt CEO Survey – a recent survey of the country’s C-level executives – found that nearly four-fifths of respondents were either positive or very positive about local business conditions.

Khattab, for example, cited recent reforms, including subsidy restructuring and the free float of the Egyptian pound, as moves that had strengthened the business environment, and urged the government to push forward pro-investment legislation. He said that there was particular potential in the energy sector – a major focus of investment in recent years, even during a difficult economic period for the country.

Last year the government slashed subsidies in a move that successive administrations had considered but shied away from, while also allowing the currency to float freely, causing its value to drop sharply – from $1:LE8.80 to $1:LE14.60 in a single day.

Painful as these reforms have been, they have had a noticeable impact on the government’s sizeable budget deficit, which initial estimates suggest fell by around two percentage points to 10.4-10.5% of GDP by the end of FY 2016/17.

Meanwhile, the fall in the pound – and subsequent rise in import costs – has led some manufacturers to look at increasing the proportion of raw materials and packaging they source from within Egypt, with benefits likely for local suppliers.

According to press reports, 70% of the packaging for Mars products is currently sourced locally, though the firm hopes to increase that to 100% by next year. PepsiCo, meanwhile, is hoping to reduce imported inputs for its locally produced Chipsy crisps from 40% of the total to 30%.

Government support for the industrial sector has also helped brighten the outlook for manufacturers with the new investment law, passed by President Abdel Fattah El Sisi in June, likely to be particularly beneficial. The reform includes a “golden licence” that will allow the prime minister to issue a single approval that includes all the required business establishment and operating licences, land allocation and building permits for strategic and national projects deemed key to Egypt’s development.

A number of bottlenecks are also being addressed as the state aims to increase manufacturing’s share of GDP from 16.6% in 2015 to 25% in 2020, creating 3m jobs in the process. Power, for example, has long been a constraint on industrial output, with household demand growing and the government having to meet gas export obligations, limiting the amount it can transfer to the local market for power production. However, domestic supply is now rapidly recovering thanks to a range of newly tapped deposits and investment in existing fields; total production is expected to increase by 50% in 2018 and double by 2020.

Gas output has already risen from 4.4bn standard cu feet per day (scfd) in 2016 to 5.1bn scfd in the early months of this year thanks to output from BP’s North Alexandria project, while the vast offshore Zohr field is expected to add 4.6bn scfd when it comes on-stream in 2019. 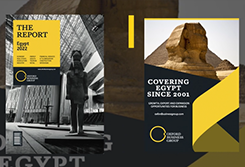 Kuwait’s economy relies heavily on its hydrocarbons-related industries, and while plans are in place to transition to renewable energies, medium-term development strategies will see oil and gas extraction, processing and capacities ramped up, with the revenue channelled into the government’s industrial diversification drive. Downstream chemicals and petrochemicals production forms the backbone of Kuwait’s non-oil industrial output, and major capacity-expansion projects are planned. The ye…

Indonesia continues to leverage sustainable finance, aligned with the UN Sustainable Development Goals (SDGs), as investor priorities shift towards ESG metrics. The country’s inaugural G20 Presidency in 2022 was a platform for the country to spearhead international progress towards ESG-aligned goals. With a focus on the sustainable energy transition, priorities included a comprehensive taxonomy and standardised reporting to inform investment decisions.These, as well as the adoption of Ind…