The IMF is anticipating GDP growth of 3.8% in 2015. To what extent do fundamentals account for this projection, and what factors are at play?

UMAYYA TOUKAN: It is gratifying that, in spite of all the challenges, the IMF determined that the Jordanian economy will grow around 3.8% in real terms for 2015. The estimate for GDP growth embodies many considerations, including investment and consumption spending by both the private and public sectors, improvements in productivity, as well as the expected impact of reform efforts, particularly as they relate to the business environment and the labour market. GDP estimates also take into consideration geopolitical issues, such as the regional environment and developments in the global economy. During the past decade, Jordan achieved real GDP growth rates of 7-8% in the years prior to the global crisis in the late 2000s. In this context, GDP growth rates of 3.8-4% do not meet our desired target. However, given the challenges and geopolitical considerations, we believe the IMF estimates are more realistic.

What impact have lower global oil prices had on the fiscal burden of the Jordanian government?

TOUKAN: There are economic benefits and drawbacks associated with lower oil prices. Overall, lower oil prices are a net benefit for the Jordanian economy. With regard to the private sector, energy is an important input for many industries and, depending on the speed of adjustment by firms, lower oil prices could ultimately benefit the final consumer with lower-priced goods and services. It is important to reiterate that the speed at which firms adjust to energy price fluctuations determines how consumers benefit from lower prices. Furthermore, lower oil prices should benefit the National Electric Power Company and reduce its loses, which will consequently reduce government debt. The effect of lower oil prices on the government’s budget should also be positive, since Jordan still imports much of its energy needs. Moreover, liquefied natural gas coming on-line in Aqaba is a new source of energy that is cheaper than many alternative products on the global market.

How has regional instability affected the kingdom’s budget planning and sovereign ratings? 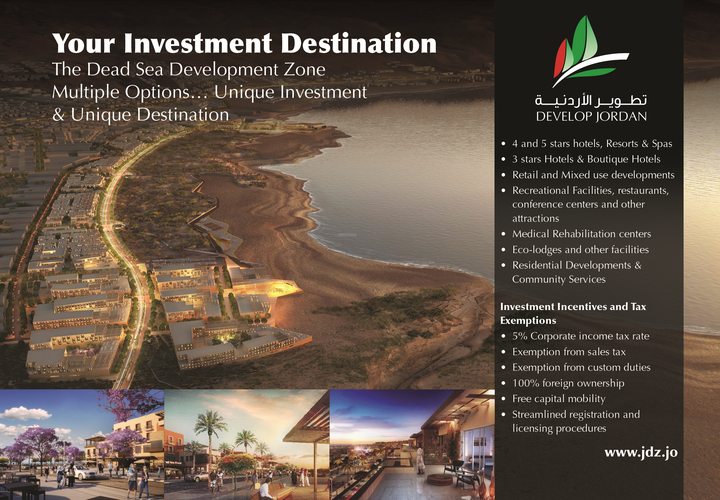 TOUKAN: Regional instability does make budget planning difficult. However, as suggested by the literature on rational expectations, the risk premium associated with regional instability is already imbedded in today’s prices. Furthermore, when instability extends over longer periods, as is the case in our region, there will be a de facto “new normal” with new values for major macroeconomic variables and an emerging new equilibrium for the overall economy. Unfortunately, credit ratings agencies consider regional instability a constraint on our performance and reflected this in our sovereign rating. However, it is important to note that this is an exogenous variable that is largely outside the control of the Jordanian government.

How will the new Public-Private Partnership (PPP) Law create opportunities for foreign investors?

TOUKAN: The new PPP Law, coupled with the Investment Law passed in 2014, should encourage foreign direct investment, as it embodies best international practice for PPP projects. Moreover, the Investment Commission’s new policies and regulations should smooth the process of foreign investment within the kingdom. The law and by-laws were prepared with the expertise of the World Bank over a considerable period of time, and specify the steps and procedures for PPP projects and address other areas of common complaint among investors. I am confident that when the rights and responsibilities of stakeholders are clearly spelled out, as in this law, the likelihood is that foreign and domestic investors will be more forthcoming, and we look forward to working with them.

Food production in the GCC has long faced obstacles ranging from water scarcity to a lack of arable soil – factors that are being exacerbated by climate change.